The construction of a temporary pavilion along the promenade of the Port Vell in Barcelona leads us to requestion initially the project site. The city strategic location acts as a connection between the Rambla, persistent trace of the old Barcelona, and the Mare Magnum complex, a symbol of the renewal of the industrial part of city. And secondly, this allows to question the pavilion functional program itself : synonymous with ephemeral, often emphasizes adaptability without regard to its neighborhood.
It is by combining the two problematics : the functional program and the location that we imagined the new  outdoor structure we have entitled barceloon. The area of the pavilion hosts a lot of streams compounds as by tourists than by citizens of Barcelona. We thought the pavilion in order to create an installation that would allow free pedestrian and vision rather than a closed space.
The project provides a contextual quality in the pavilion that seems to us important to bring to this site by not letting appear the boundary between modernity and history. We saw this project as an opportunity to requestionner the relationship between the scale of man and the space he practices. It is this way of creating space with a structure and land forces that make us want to use materials designed for different logical to those commonly used in construction. The balloon as inflatable and self-supporting element seemed to us, respond to this problem thanks to its lightness, its ephemerality but also by its form that would meet the principles of composition of the surrounding buildings.
The pavilion that we propose is a space composed of about 200 balloons secured to the ground with ropes.  Organized on a rectangular plan of 50m by 25m, the proportions of the pavilion echoes the maritime buildings on each side of the square. Its classic plan attempts to blend into the historic urban landscape. The balloons levitated create space pavilion working on the interface between the soil and the canopy. In addition to the effect of shade house, balloons of different sizes and placed at multiple heights offer more spaces to passersby.
This is a sensory experience around the levitation and the relationship between interior and exterior of a place. The public space under a structure can interfere with the social practices of users. The hierarchy in the size of the balloons will mark the various programs on the ground. The furniture on the ground, to contrast with the lightness of the roof and to meet the need for sustainability of space in relation to the public space will be built in mineral material. Such an extrusion of the materiality of public space, benches and other furniture pavilion will be made of marble to give a seat to the pavilion. 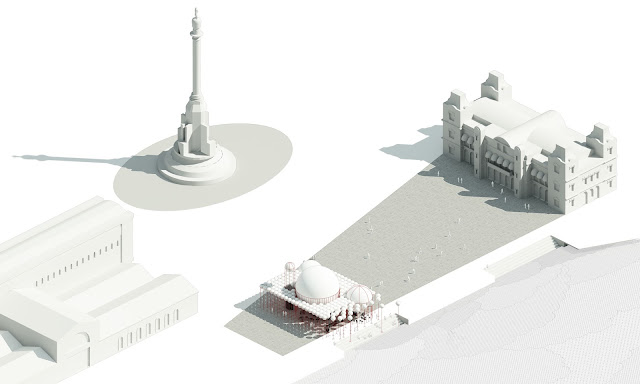 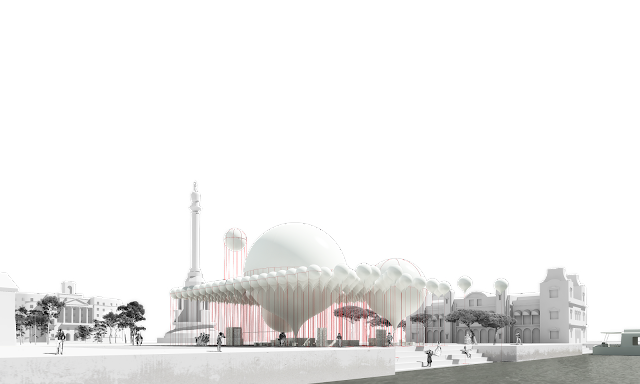 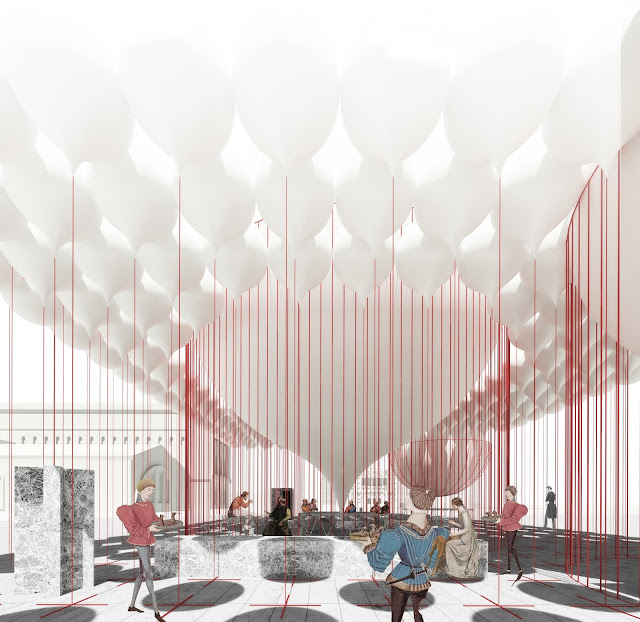 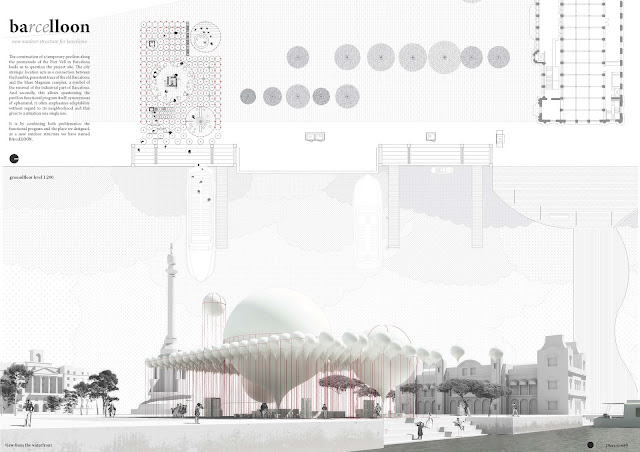 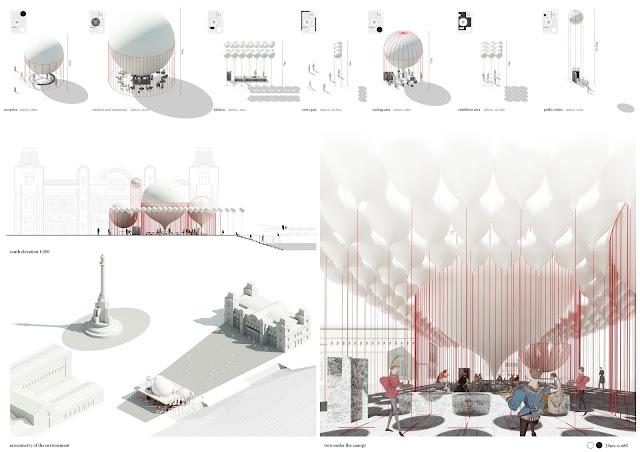