The Masterplan for Tirana new Multimodal station is not only a project of a railway station: it is a project about Tirana. The chaotic and informal feature of the city asks for the tracking of a simple and clear sign that would restore order and a hierarchy between the urban parts.
The  purpose of the Masterplan consists in giving back an identity to the area. The new station becomes a urban gesture: transport flows insinuate themselves into the ground and give rise to an earthquake, a landscape rises up and generates space and connections while supporting (conceptually and physically) new features.

The railway footprint becomes a urban axis, a canyon on which stood, at different levels, all functions of the Masterplan: a whole series of activities and public spaces follow one another serving the dual purpose of station and community services. The personality of this hybrid system is a celebration of complexity, diversity and variety of programs, a crucible of multiple interdependent activities.
The landscape determines the project: the pace of green stripes reinterprets agricultural practices and techniques, creating a system of green spaces and “thematic rooms” (squares, sports facilities, playgrounds) that answer to the spatial and ecological deficiency of the urban periphery. 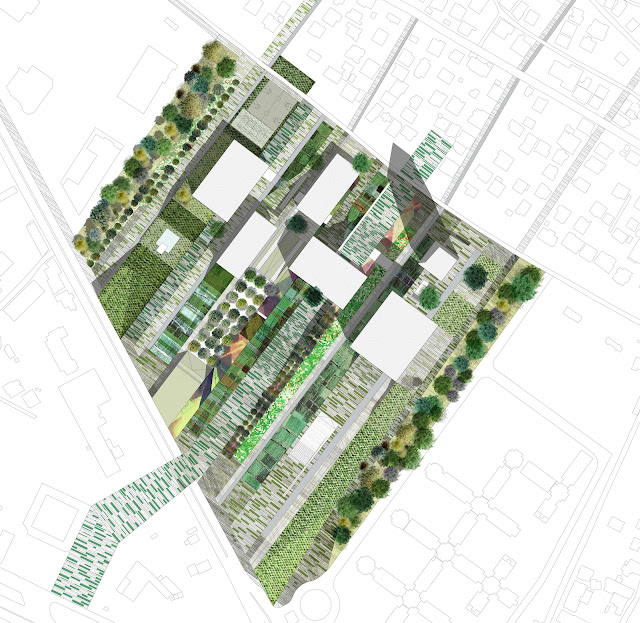 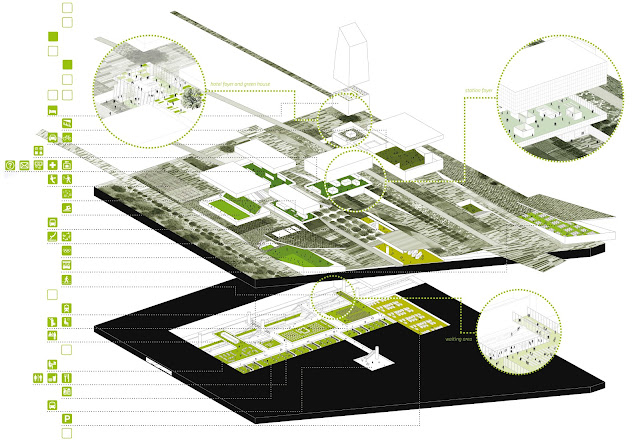 The new inter-modal station is not conceived as a single building: functions, are distributed in big containers” along the fracture generated by the railway footprint. The train station itself, underground, takes the form of an hypogean element, although closely related to the external space through the continuous compenetration of light and green spots. 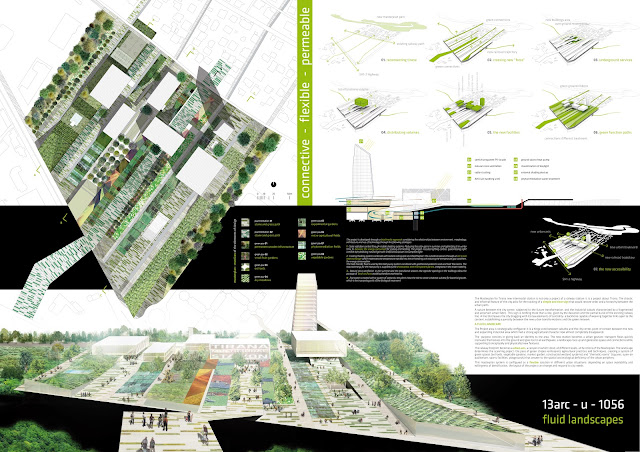 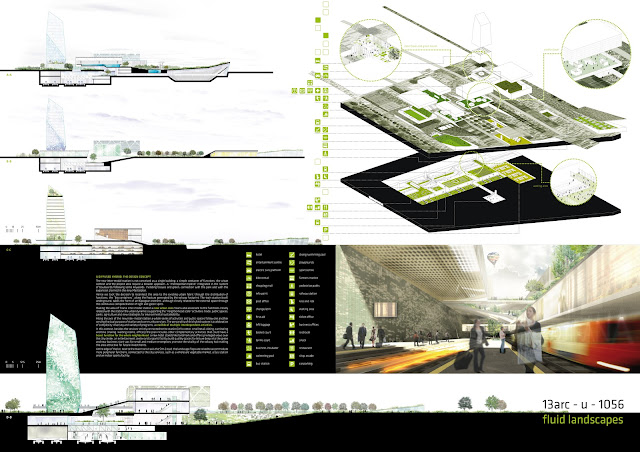