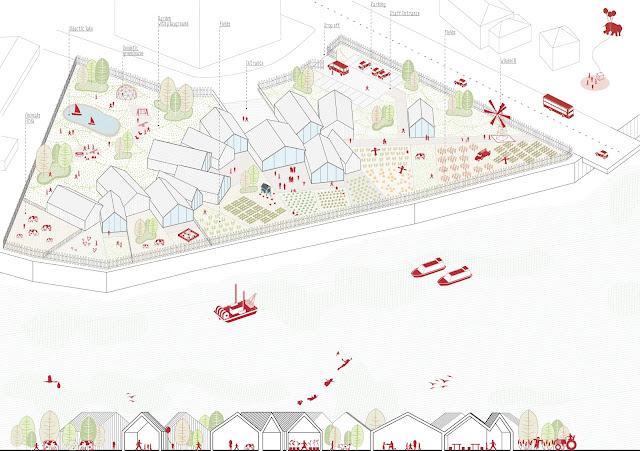 Nowadays the absence of direct experience has completely misled children’s perception of the world and of its most basic processes. This appears particularly true in urban environ-ments where children often ignore, for instance, that milk comes from living animals or that beans don’t sprout in cans.
Avoiding any old-fogey approach, it’s commonly known that children are inherently and intuitively curious naturalists. We believe that this innate quality should be exploited, stimu-lated and guided through the educational approach of the nursery of the future.
This model sees the nursery as a catalyst capable of combining, along with game, nature and technique in a renovated didactic path based on three approaches: learning from nature, learning from technique, and learning from practice.
Child's physical, social, emotional and cognitive development can all be encouraged by interaction with animals and plants. Furthermore children are more prone to approach and interact with others when sharing a mission or a duty.
It’s even truer when the survival and wellness of a third relational component (i.e. an animal or a plant) relies on such a mission. In this way domestication can be, on the one hand, the bridge between a  less socially outgoing child and other poten-tial playmates, on the other hand the way to stimulate subjective processes such as the development of self-esteem and sense of responsibility.
Hence, the spatial definition of the nursery establishes an integration of traditional scholastic environments and experimental spaces that merge didactic and farming. Rather than merely relying on a fixed subdivision in classro-oms, the daily and seasonal routine of the groups of children from 2 to 5 years old unfolds along a trajectory based on natural cycles.

Children learn from teachers and assimilate through practice how to domesticate animals and plants. At the same time they establish a respectful relation with nature, with the human community and the places in which their life takes place. Organic, biodynamic and permacultural approaches are preferred in the ethical production with didactic ends that permeates the routine of the little farmers.
Infants too, although in a passive way, can benefit from living in such an environment. Several studies indicate that the contact with certain animals (i.e. donkeys) promotes both relaxation and curiosity in babies. Furthermore the proximity to animals bolsters their still-developing immune systems and trains them early to fend off assaults from common allergens and bugs.
To conclude, we claim that the nursery of the future should be a place where children are not only raised, but also where they are given the possibility to raise and construct themselves. This possibility, as natural as birth itself, has been lost and should be rediscovered through the combination of traditional approaches/spaces and innovative hybrid ones. 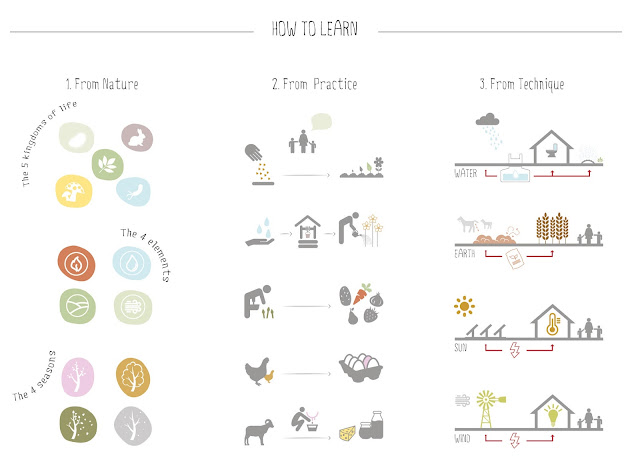 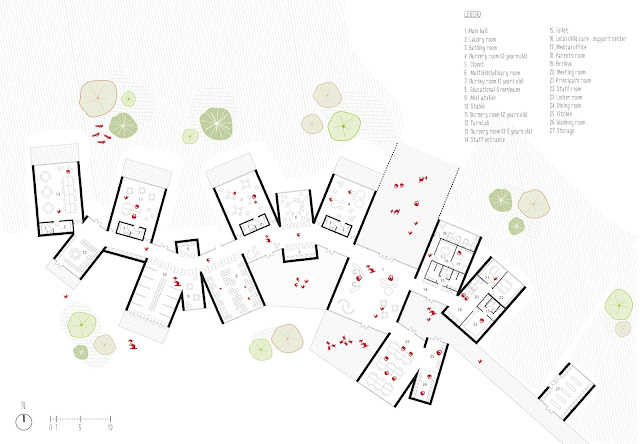 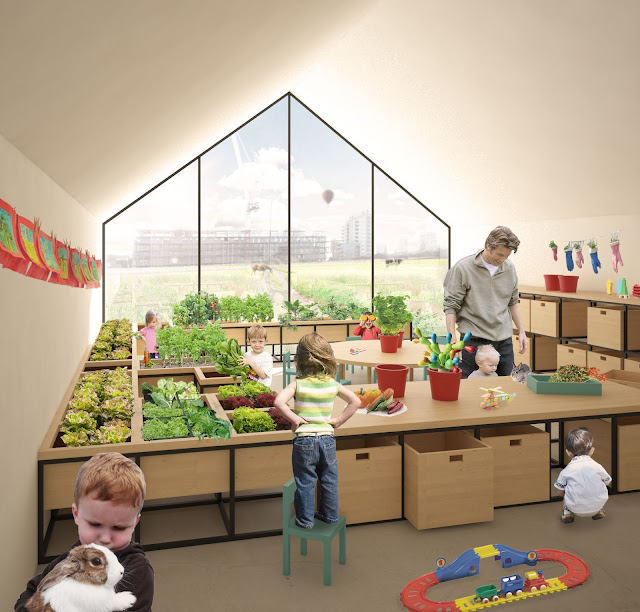