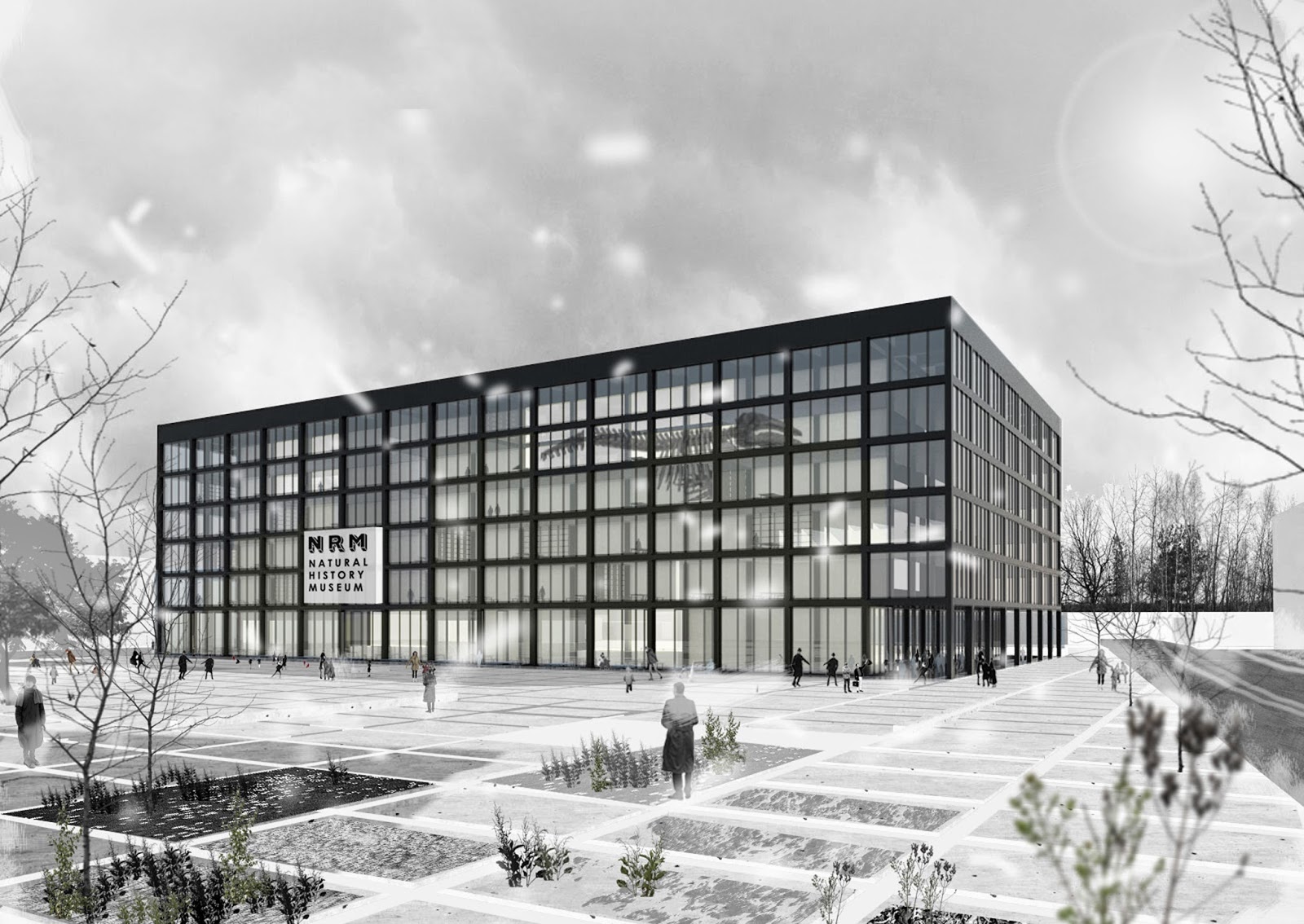 Berlin
Due to its history Berlin has a disparate and disjointed urban weft with important ruptures in its block structure. A quite common typology is the “palace”, a rectangular, freestanding building with a strictly ordered facade, especially for museums, with examples like the Altes Museum by Karl Friedrich Schinkel and the Neue Nationalgalerie by Ludwig Mies van der Rohe. In order to keep continuity with the urban landscape the New Natural Science Museum Wunderkammer inscribes itself in this historical Berlin typology of “palace museums” with its rectangular volume, entrance gallery and monumental strictly ordered facade.
The Museum
The concept is clear and manifest. A generous interior void, from which the whole collection is visible. A contemporary “Wunderkammer/Cabinet de curiosités” where the objects are not arranged in the classical way.  The building is organized in two parts around the large void which allows for two façades, one internal and one external. The outer layer houses the work and research part of the program, with functions such as administration, library, laboratories, taxidermy workshop and activities for the public. The glazed inner layer is dedicated to the exhibition of natural objects, positioned in boxes of different sizes. One of the biases of the project is to not separate the storage / archiving from the exposition areas. All objects of the collection are shown to the public. Another bias is to find an alternative taxonomy, a possibility to arrange the world in a new way. By altering the linear procedures of the 19th century, and exploring an organization in coherence with the 21th century. 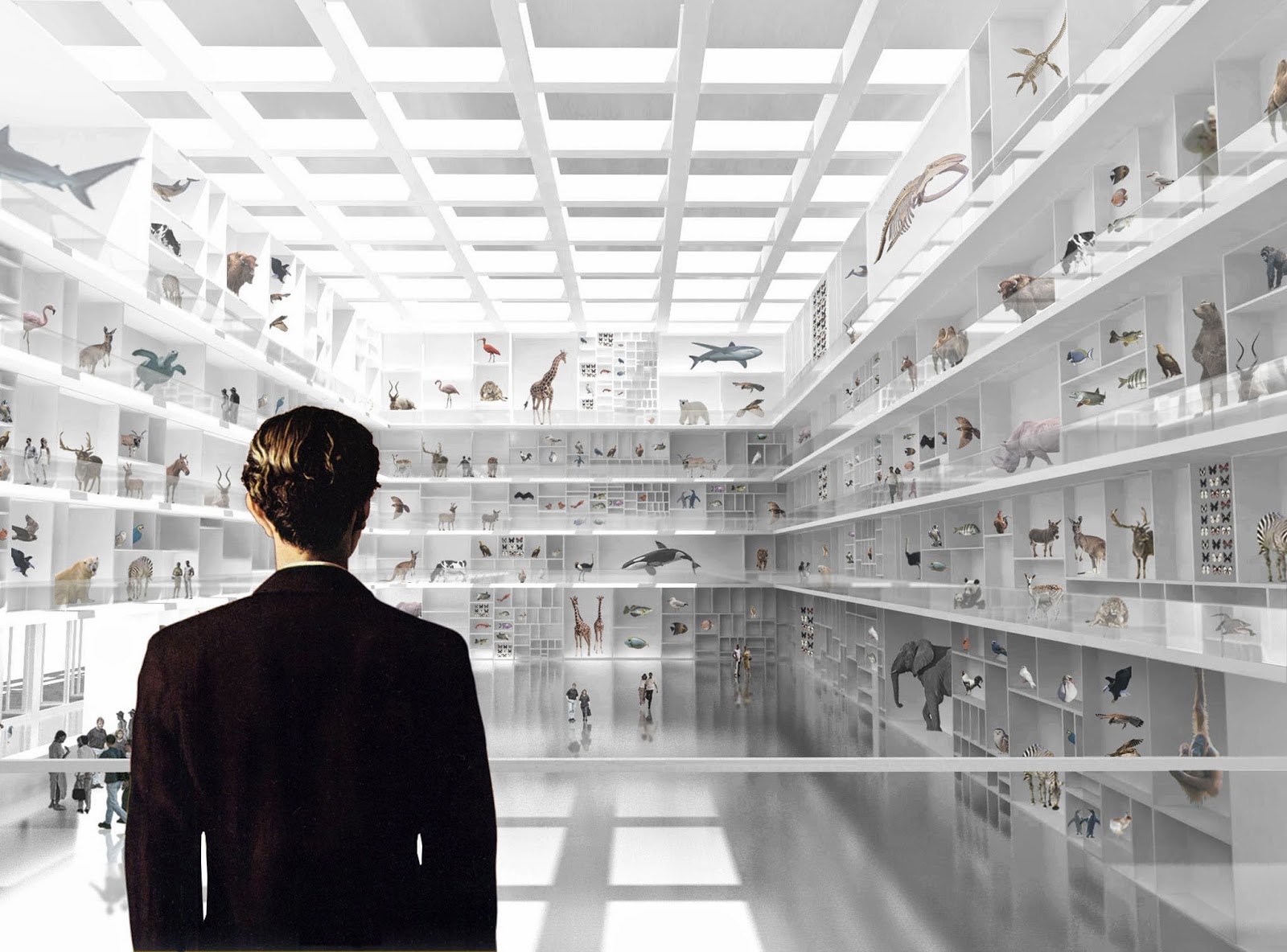 The Site
The implementation of the new natural science museum articulates the different elements of the context, today disparate and unstructured.  A slight tilt of the building allows for a public place opening up for visitors coming from the Banhoof zoo. A botanical garden establishes a human scale between the Volkswagen university building and the museum. The link between them is assured by a public gallery on the side of the Museum.The configuration asserts the intellectual and cultural vocation of the building in its urban environment. It offers workspaces with interesting and inspiring views of the city, the university area and the zoo.  The transparent facade that exposes the people working within the museum weaves a tangible link with neighboring universities, as well as the botanical garden in front. The botanical garden ensures the continuation of the museum and serves as a privileged public space for encounters between researchers, students and the public.