The Moses Bridge by RO & AD

The Netherlands has a storied past of adapting their building tradition to the waterways. The Dutch were less concerned with cultivating a proprietary architectural style than with forging landscapes conducive to their seafaring trade, draining rivers and reclaiming land and building dykes and canals which would facilitate the shipping of goods from their tiny land. The Moses Bridge is a continuation of that infrastructural heritage: a long sunken passageway that parts a water channel whose surface rests just below the eye level of most crossing visitors.
Designed by RO & AD, the Moses Bridge is made to lie nearly flush with the water it bisects. Given its vulnerable exposure to the elements, the paneling which lines the bridge’s floors and walls is constructed of Accoya hardwood, a durable wood hybrid, and treated with a nontoxic, anti-fungal coating. Visitors venture across the marsh-like water in a manner similar to the biblical story to which the bridge’s name alludes–with the walls of the moat straddling their sides, threatening to cave in on top of them. Seen from the horizon, visitors pass right through the water, disappearing into the depths before reemerging moments later on the opposite side, where they scale a steel hill to–of course–a 17th century fort. 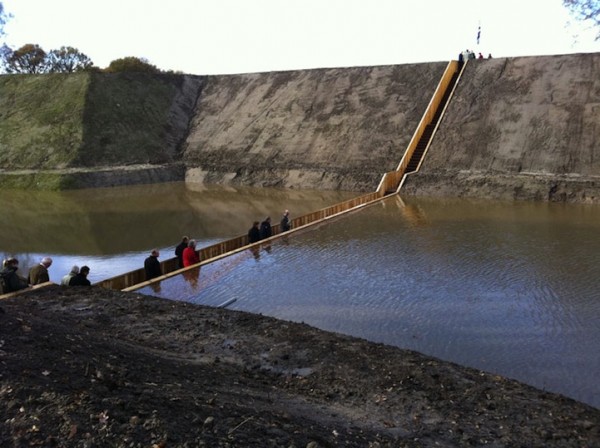 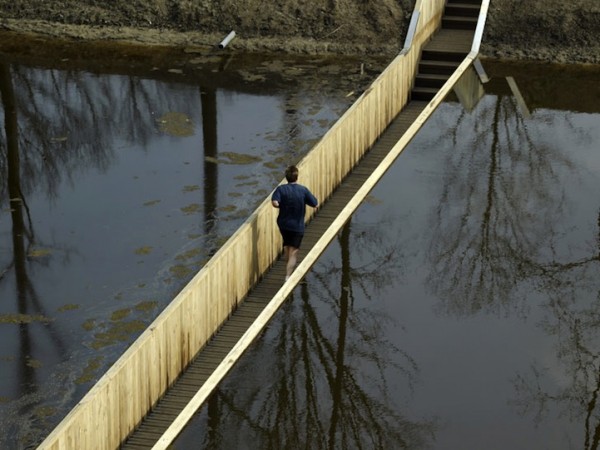 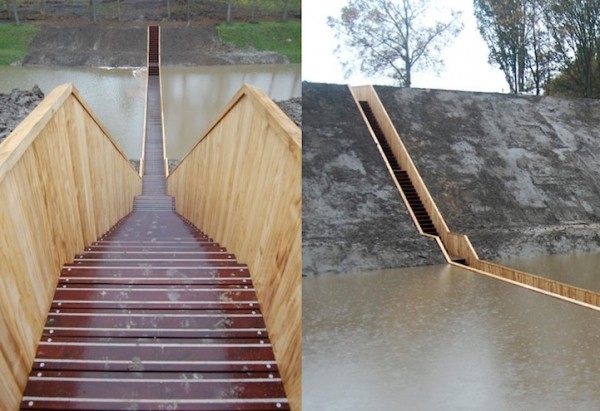 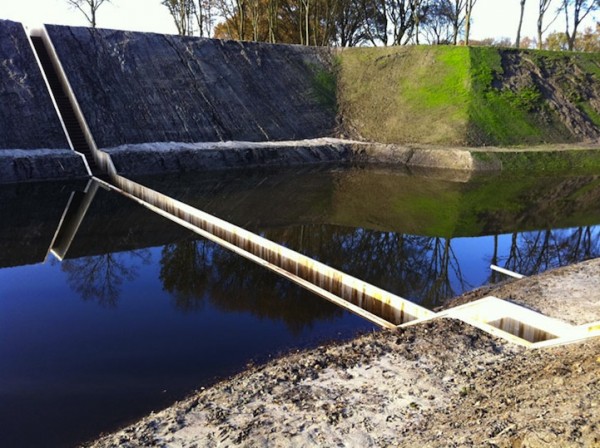 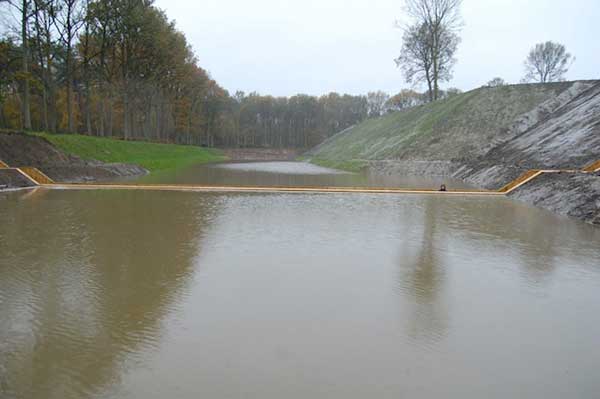 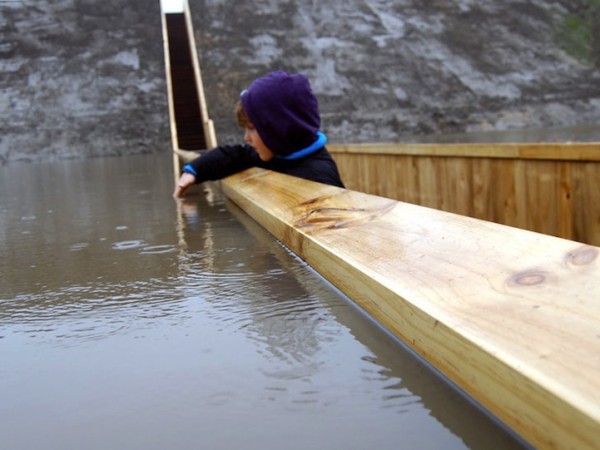