Tower of Dreams and Longings by Hermann&Valentiny and Partners

A landmark, more sculpture than architecture, more artwork than building. And an audacious thing, a contemporary version of the towers built by families in San Gimignano. This structure was erected on the occasion of a national garden show as a gift from the City of Luxembourg to the City of Trier. It is not just a symbol without a specific function; one can climb it and it offers views far into the distance. 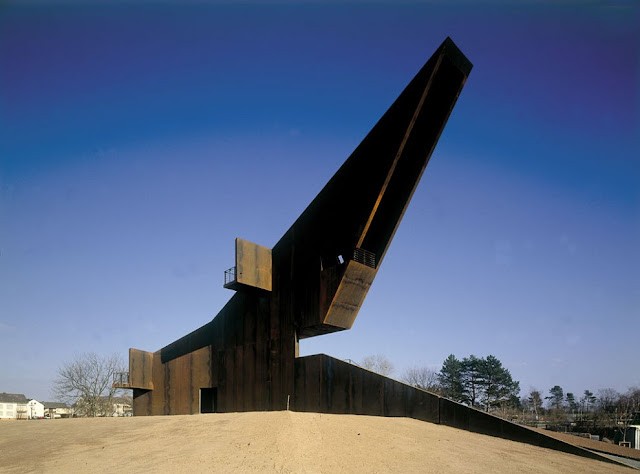 François Valentiny chose Corten steel as the building material, as this is a material that suggests an affinity with the earth, with natural processes. It is itself exposed to such processes, although resistant to the final stages of decay. And Valentiny chose a daring gesture, the outcome of the architect’s knowledge of present-day structural possibilities.
Those who climb it engage in a kind of pilgrimage, a procession to the gods. And become him or herself a god, who lets his gaze roam across a work that is both: well made and wayward. 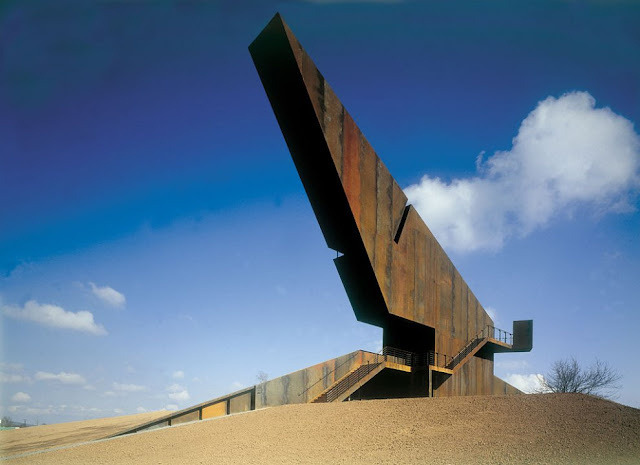 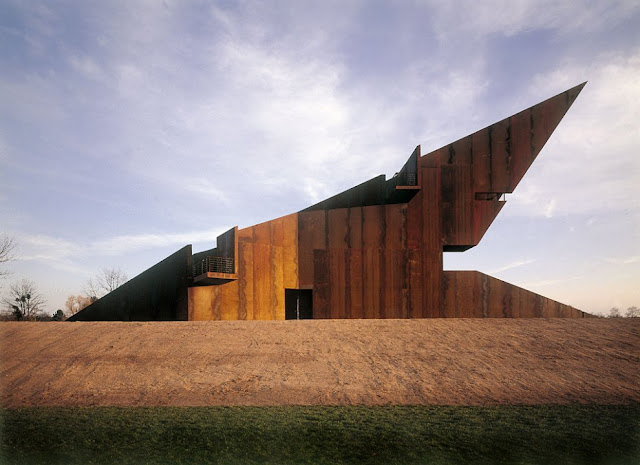 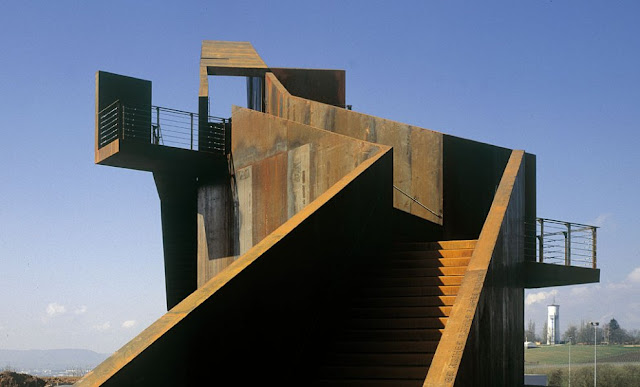