The Huéscar Keep is a military observation point, which, after its top was lopped off when the city was conquered in 1434, became part of the domestic trousseau. 600 years later, the objective is to restore the vision of its horizon, to raise it up until there is a view of the landscape. Restoration here above all involves being able to see. 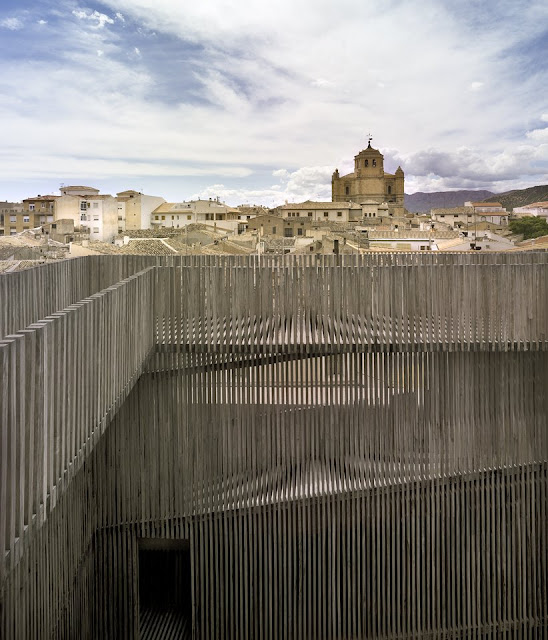 In this case, the location is not a fortuitous choice, as it is determined by topographical conditions favourable to establishing a visual control network of the territory. But the destruction of Huéscar’s fortress and the trimming of its Keep make it difficult to read these visual connections, the link between the built and the natural environment, between the monument (as a landmark) and the undefined extent of its landscape. 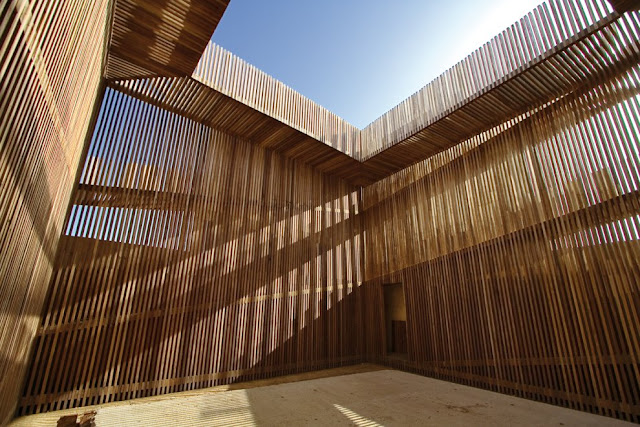 The project values the location on these two scales. The close one, confirming the landmark in the urban setup, and the far one, raising a platform as a lookout point, which restores the connections between the city and the territory, between the domestic space and the landscape.
The work performed demonstrates how contemporary savoir faire values the tangible and intangible heritage we have here: it places importance on the Roman lapidary, on strolling along the parapet walks, on the large formwork mass moulding the tower, on the horizon… From this perspective, there is no past. Instead it is the result of historiography and the project itself. 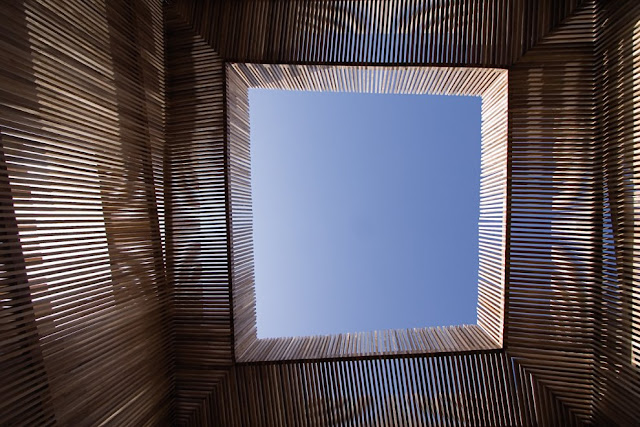 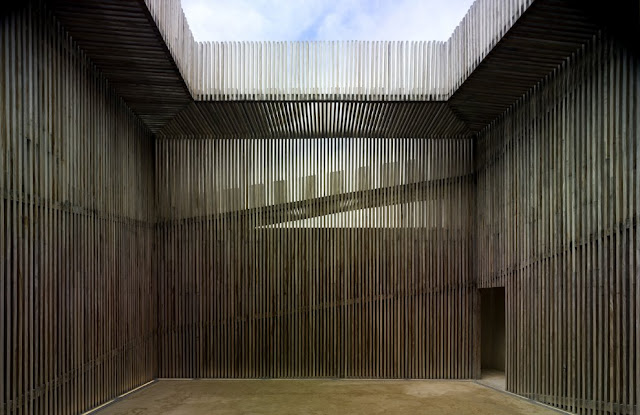 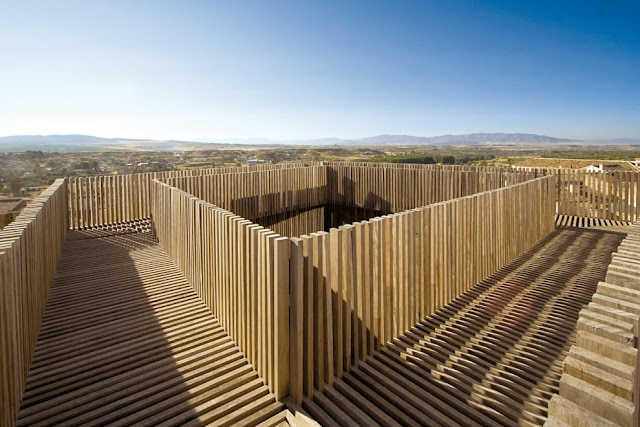 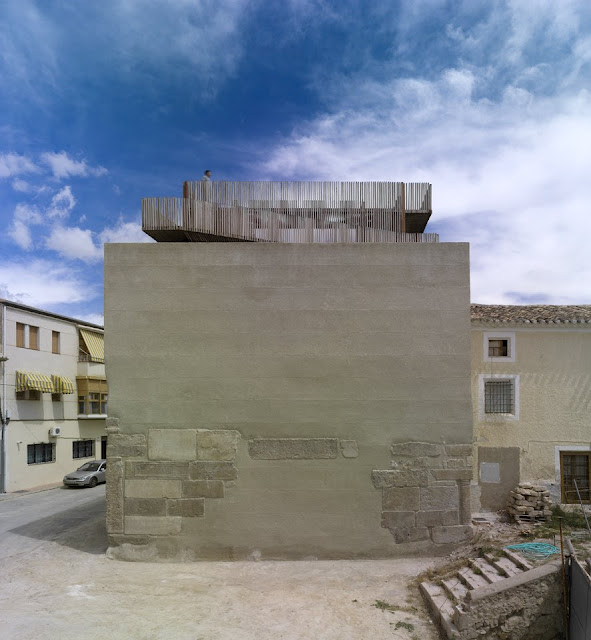 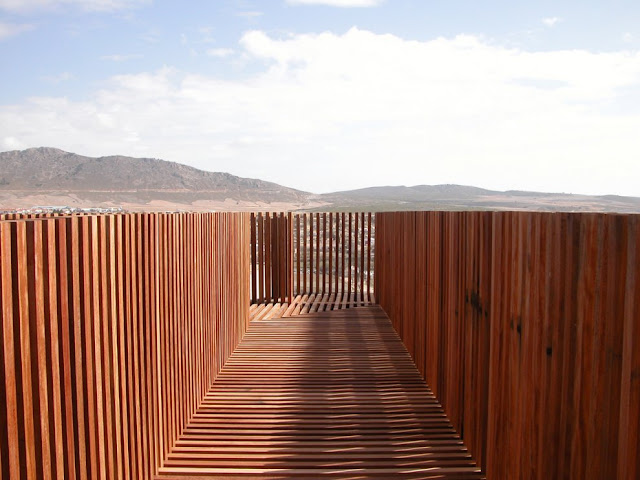 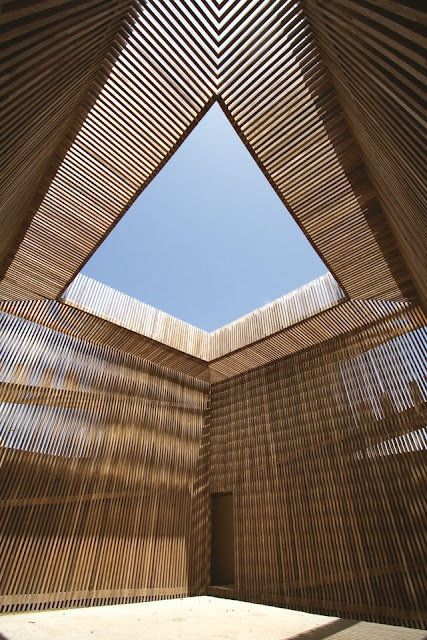 All work is undertaken from a contemporary standpoint. That is why this enhancement of the Keep is understood as an evocation rather than a restoration of a structure we lack information about, but always with maximum respect for the fabric as a document open to future readings. This evocation, this regaining of the horizon, demonstrates the Keep’s defensive nature. Specific memories, namely those arising from military imagery, had to be made visible. That is why the medieval palisade structure is evoked using a wooden construction that restores the watchful presence, provides ramps for going up and creates new visions and spaces, acknowledging that, prior to its defensive component, the site already had its own identity as a landmark and expressed its undeniable geographical and territorial condition.
www.architizer.com
www.antoniojimeneztorrecillas.com
Pubblicato da AWR Staff a 12:04